LOGISITICS GETS REBOOT FROM ROBOTS 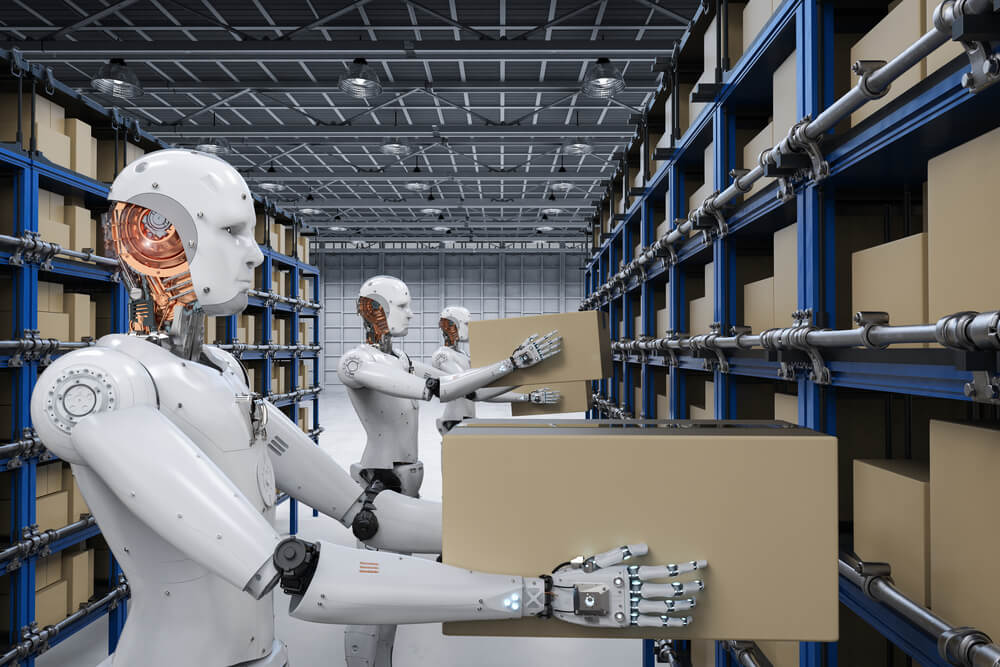 There’s a joke going around the Internet that reflects our brave new world of robots.

A robot walks into a bar, orders a drink and lays down some cash.

And the robot says, “Oh, but someday you will.”

The point is: Robots are here to stay. That’s especially true in logistics, where their use is increasing rapidly. All along the supply chain, forward-thinking decision-makers have stepped up the cadence for embracing, deploying and adjusting robots. Suspicion and anxiety about the disruptive potential of robots have been diminished by the enthusiasm of logistics leaders determined to use automation to manage change.

Along the way, the impact of robots has evolved well beyond familiar experiences in warehouses, where robots have replaced humans in picking and sticking cargo.

Now, robots are working hand-in-hand – so to speak – with humans to yield significant and creative gains in safety, productivity and job satisfaction. Job One for companies continues to be picking the right robot for the right job and putting it to work it in the right way.

Increasingly, that means smartly integrating robots with retrained and repurposed humans. Enter the era of the “cobot” and the path to peaceful, productive co-existence.

Collaboration of man and machine is expanding on sea, land and air.

In the maritime industry, an autonomous humanoid robot is used to detect and fight shipboard fires. Elsewhere, a ship inspection robot saves time and money – and enhances the personal safety of human inspectors – by crawling over cargo ships. And a camera-loaded, anti-piracy robot can be fired onto the deck of a ship and controlled from a nearby command center to assess the situation onboard a captured vessel.

The global interest in autonomous vehicles and equipment is evident up and down the supply chain. Rolls Royce is committed to developing a no-crew, remote-controlled cargo ship and the trucking industry is eyeing autonomous trucks to cut costs and address a driver shortage.

Advancements in robotics have produced a new breed of employee, and upped the ante for employers to provide parallel training to the implementation of better “bots.” Among the training tips offered by early adaptors and Human Relations experts are:

As president of the Materials Handling Industry of America, George Priest said robotics and technology advances are essential to a profitable future.

“The always-on supply chain has the potential to deliver massive economic and environmental rewards,” Priest said. “It can boost productivity and sustainability, drive new markets and encourage innovation, resulting in exponential change for industry and society as a whole.”

At ICAT Logistics Detroit, our team has worked across the industry and around the globe with supply chain companies using an array of robots. It’s part of the ICAT experience to monitor and leverage the work of those companies showing the greatest success as measured by cost, reliability and transparency.

Nobody can say with certainty how fast and how far use of robotics will take our industry. There has been much hype and much potential already realized. This much is certain: when today’s robots are dead and gone a next generation of bots will be on the scene, deepening the relationship of human and robot.

Meanwhile, it helps to keep a sense of humor. To wit:

What did the man say to his dead robot?

We’re your custom shipping resource. Solutions to our customers’ most challenging issues are derived from decades of success in global logistics. https://www.icatlogisticsdtw.com/