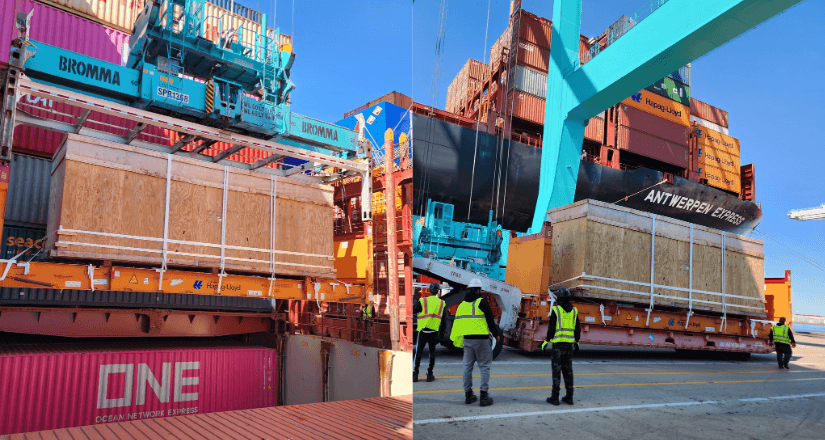 At a time when budgets are tight and every penny counts, the ICAT Logistics Detroit team saved its client in the automotive industry more than $1 million in taxes on an oversized industrial freight shipment of dynamometers to China.

ICAT knew from its extensive experience that they needed to join four separate shipments together before they arrived in China so they would be viewed as a complete machine, which is duty free, rather than parts, which require a 25 percent tax payment.

ICAT Logistics Detroit brought in a trained marine surveyor to oversee the shipments to ensure that everything fit together perfectly.

Ports dictated by the shipper’s contract and letter-of-credit financing allowed limited options on where to ship, as well as how to ship the industrial freight. The shipments were required to go through Qingdao, a central Chinese seaport.

Like other companies watching their budget these days, the shipper had recently ended its long-standing policy of spending whatever it takes to make deadlines. “We were asked to create a number of options for this bid,” says Joel Fischer-Columbo, who directed the project for ICAT. “One was economical, but risky, due to the splitting of cargo.  Another was more expedient, and a third option required top dollar for the best guarantees.  Our shipper chose the economy routing.”

ICAT was charged with crating the bulky machinery. One piece was 15,000 lbs., 13 feet wide and more than 11 feet tall. Another piece was 82,980 pounds—barely under the 85,000-pound limit for a flat rack. Moving it would require the rental of a crane to load the piece into the ship’s hold.

Shipping vessels, like airlines, are typically overbooked, with operators agreeing to take more cargo than they can handle before making allocations based on revenue and space. That made bringing the components together that much more challenging.

Holidays added another challenge, as did equipment shortages in Detroit.

ICAT hired a marine surveyor at the port of Norfolk, Virginia, to attend to each vessel, making certain that the oversized pieces would stay at the terminal until all the containers were delivered and the total shipment was complete.  A small additional charge was money well spent.

“I couldn’t do it without knowing someone was on the ground,” Joel said. “This surveyor is the best in the business. My instructions to him were, “Don’t let them leave anything behind. I’ll put up with a slight delay on the shipment if it means keeping it all together.”

ICAT also leaned on its extensive global network, especially in Asia. “We had good contracts in the Far East that allowed us to get space and equipment when no one else could,” Joel said.

There is no substitute for experience when it comes to successful industrial freight shipping around the world. The ICAT team knew the possible pitfalls of this complex shipment and worked around them through careful planning, the skilled coordination of trucking companies and stevedores, and the ability to make adjustments on the fly.

Also critical was regular communication with the shipper to let them know how the project was progressing and advising them about any modifications. “At ICAT, you learn to overcommunicate. I tell all my customers: I will not spend your money without asking you,’” Joel said. “We’re all like that in the Detroit office.”

All that work made for a happy ending. Despite all the complications, the shipment moved one week earlier than planned.