A NATURAL DISASTER, A FRIEND IN NEED AND A LOGISTICS SOLUTION 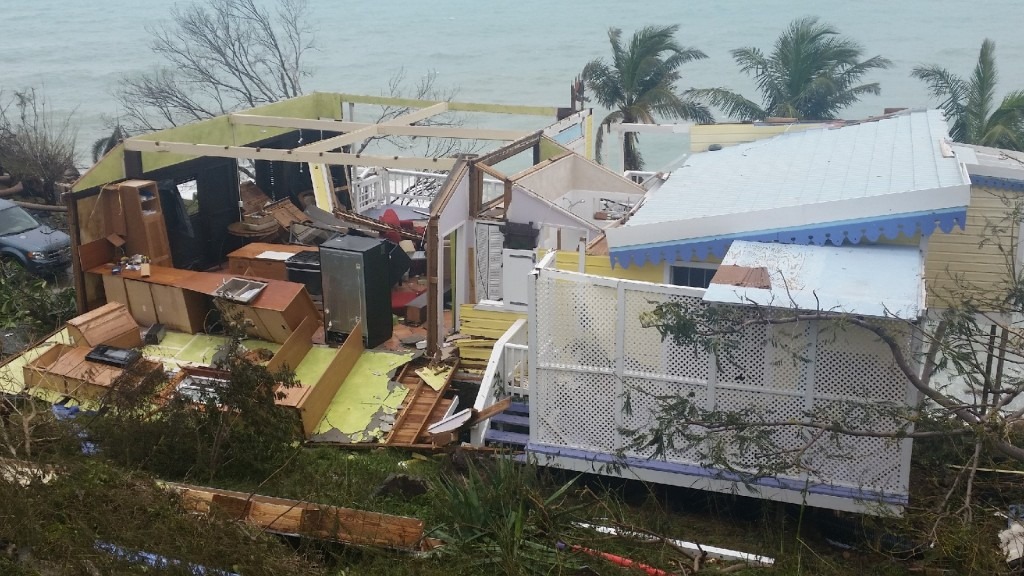 It’s good to have a friend in the logistics business.

That’s the word from Chris Bennett, a Michigan businessman who last year was stranded with his family when Hurricane Irma ripped through their St. Thomas home in the U.S. Virgin Islands.

In Michigan, news reports of the hurricane immediately concerned Chris Cser, a friend of the Bennett family for 15 years and Director of Operations for ICAT Logistics Detroit. Unable to reach Bennett by phone, Cser shot him a text.

The gist of the message: “How are you and what can I do to help get your family to safety?”

While awaiting a response, Cser reached out to contacts in the U.S. and throughout the Caribbean to determine how to access the ravaged island. Instinctively, Cser sensed that his experience as a global logistics professional was about to hit home — personally.

At Bennett’s end, conditions worsened. Bennett and his family – his wife, their pre-teen son and a family cat – were trapped at their hillside home without power or phone service and with no passable downhill road.

Over the next few days, the family rationed available fuel to run a generator just long enough to keep food from spoiling. Then, a neighbor passed along a rumor to Bennett: Get to the top of the hill, and you might be able to ‘“ping” off a cell tower from a neighboring island.

Finally, four days after Cser sent his initial text message, Bennett was able to connect to a hilltop tower and respond. He recalls texting to Cser: “We are safe. Get us out of here. Don’t forget the cat.”

Cser sized up the challenge. The St. Thomas airport was closed to commercial flights. Martial law was in effect, limiting hours when islanders could be on the streets.

Cser had a plan. Although the airport was closed, a small airstrip was nearby. Some private planes were able to land and take off. Cser sent another text to Bennett, with instructions to be at the airstrip and meet a pilot hired by Cser.

Remembering the family cat and anticipating any potential problems at the border, Cser advised Bennett to bring the cat’s medical papers. A good plan sweats the small stuff and leaves little to chance, Cser reasoned.

Their plan confirmed, the two friends ended their texting and went to work. Bennett returned home and learned a road had been cleared that would enable his family to make the six-mile trip to the airstrip. Cser called upon his contacts to arrange for an eight-seat, private plane to meet the family – each with a single suitcase — and take them to Puerto Rico, then to the continental U.S., then home to Michigan.

The plan worked and the family – including the cat — was whisked to Puerto Rico, then Orlando and home to Michigan. As it turned out, there was little time to spare. Just days later, the Atlantic’s hyperactive, 2017 hurricane season unloaded Hurricane Maria and the worst natural disaster on record in Puerto Rico.

Bennett calls Cser a “lifesaver” and said his friend declined any payment or reimbursement for his logistics handiwork.

“Chris simply said to ‘Pay it Forward’ and take the opportunity some time in the future to help somebody else,” Bennett said.