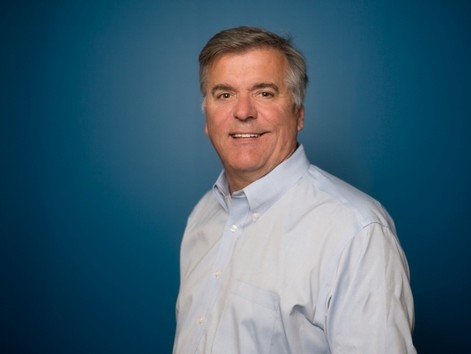 When you consider how Dan Cser spent his formative years, you understand why he’s had 35 years of success in industrial logistics, including the past two decades as agency owner for ICAT Logistics Detroit in Michigan. By living abroad as a child, learning about the importance of process and detail from a father in the Air Force, and having a mind for math, Dan was made for the business of moving large, complex industrial equipment in tight timeframes with great precision.

Q. As a child, you lived in France, Germany, Taiwan and the United States. How did that affect your perceptions of doing business in countries outside the U.S.?

A. A lot of people in the United States assume everything over there is the same as over here.

I don’t make that assumption, because I know things are different. And it’s so much different in a place like Taiwan, where personal relationships are so critical to getting things done.

Q. Your father was a Master Sergeant in the U.S. Air Force, which is why your father moved the family frequently. What was it like to make constant adjustments and meet new friends?

A. We were in a constant state of moving and meeting new people. As kids, you learn to go with the flow and you adjust to new ways of living.

Q. Do you see Americans making mistakes as they trade with people in other countries?

A. Unfortunately, I’ve seen too many Americans go overseas and act aggressively from the outset rather than try to understand the local culture. But when you just try to barrel your way through, they don’t put up with it. They’ll push back just as we would – and understandably so.

A. It’s not all business first. We’ll ask about their family and how they’re doing. It’s a lot more polite and it shows the proper respect for them as people first.

Q. Your father worked in the Air Force’s nuclear missile sites. Did he teach you something about attention to detail?

A. My dad was purely a process guy. There was a reason, a method to do everything and incredible attention to detail. His motto was: “Do it right the first time and there won’t be a second time.”

Q. What did you learn from the experience that applies to international freight shipping?

A. He taught me that you create a clear process map and you don’t skip any of the steps. I apply that to our business every time, every day. Somebody might say, “I tried a short cut – and now I need four more steps to fix it.” I’m about creating a process from the beginning where we know Step 1 through Step 10 so you don’t have to make up for it later.

Q. What happens when an international cargo shipment encounters an unexpected problem?

A. That can happen, but we sit down beforehand and identify all the perceived issues and what the process might be to resolve those issues before they occur.

Q. How do you reduce the risks of international shipping for your customers?

Q. You mentioned earlier that you had an aptitude in mathematics, algebra and geometry. Why is that important in international cargo shipping?

A. Because we are constantly dealing with weights, measures, distances and currencies that need to be converted, sometimes between multiples jurisdictions. It helps you initially sense the scope of a project if you can quickly calculate dollars to pesos, Euros or British pounds, tons to kilograms, and miles to kilometers.

Q. You deal with a lot of Tier One suppliers in the automotive industry who are shipping large, complex machinery. What’s the biggest misconception you have to fight?

A. The assumption that all freight forwarders are the same. It’s just not true.

A. The difference is that shippers who compete strictly on price sometimes add to the overall cost of a project. That’s because attempted short-cuts can lead to delays in delivery. And if there’s a delay in the delivery of a shipment, that can stop production further on down the line, which eats into profits. Tier One suppliers who figure out the total cost of an international shipment – and not just the bid price – tend to be our best customers. They’re the ones who have a big, complicated shipment that needs to be moved half-way around the world that’s essential to the success of another project. That’s where our understanding of foreign cultures and our process discipline really pays off for them.

Q. Any other considerations?

A. We just ask that suppliers bring us in early. It will save time, cost and peace of mind later on.

We’re your custom shipping resource. Solutions to our customers’ most challenging issues are derived from decades of success in global logistics. https://www.icatlogisticsdtw.com/