COURAGE AND COMPASSION GO THE DISTANCE WITH AMERICA’S TRUCKERS 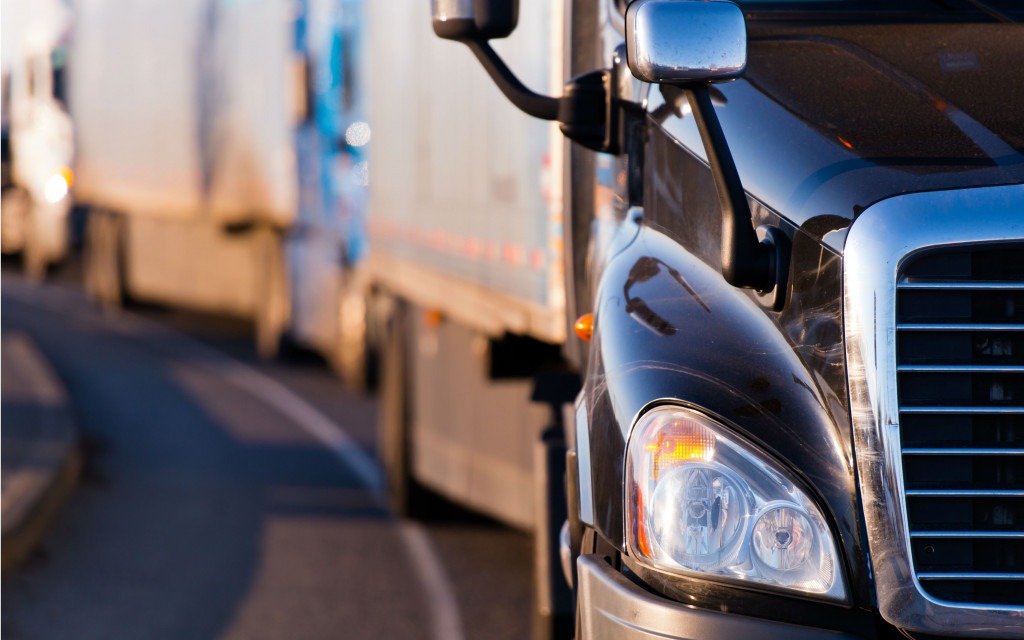 America’s truckers have precious cargo on board. But it’s not the kind you can pack in a crate or stack on a pallet.

Sharing the ride are values that – every day – enrich the quality of life on America’s highways. Among those: compassion, courage, good will, patriotism, citizenship and self-sacrifice.

At ICAT Logistics Detroit, like the rest of the freight industry, we hear and read about truckers whose voluntary good deeds helped someone in need out on the road.

Some examples from the past year are fresh in our memories as we observe National Truck Driver Appreciation Week (Sept. 8-14). Here are examples as we salute the 3.5 million professional men and women who deliver our goods and help keep us safe.

Two for the Road

Wife and husband team Tracy and Ed Zimmerman came around a curve on I-77 in West Virginia and were startled to see a burning car rolled over in a ditch.

Instantly, Tracy positioned her truck to block traffic, grabbed a fire extinguisher and gave it another motorist to use. Tracy and Ed ran to the car and worked with another passerby to pull the injured motorist from the wreckage.

When the injured driver told them he had guns and ammo in the car, Tracy, Ed and the others directed everybody to pull back to a safer distance. Just in time. Moments later, the car exploded, scattering glass and metal.

For two years, a group of Maine veterans struggled to have a Vietnam Era A7 corsair aircraft delivered to a local park from Montana.

Then, trucker Eric Dashiel stepped forward, volunteering to make the round trip. The journey put Dashiel on the road for two weeks, in large part because onlookers wanted to talk about the fighter jet and its role in protecting ground troops during the Vietnam War.

“You got veterans coming up, looking at it, telling you stories, crying; little kids come up with their grandparents.”

Thanks to Dashiel, the jet now can be found as a solemn tribute in Veterans Memorial Park in Lewiston, Maine.

Aaron Quinones was making a routine delivery in New Mexico when he spotted an elderly woman on the ground, in distress. Then he saw the reason: An armed man was attempting to mug her.

Without delay, Quinones parked his beer truck and rushed to the woman’s aid. In a firm, no-nonsense tone, he calmed the mugger until police arrived.

One look and Mario Rodriquez was hooked.

The long-haul driver was unloading in California when he received a text from his wife in New York. The contents: A link to an adoption listing for a pit bull named Hickory in New York.

“Just the look on his face was like I connected with him immediately,” Rodriquez recalls.

He didn’t hesitate. He called the animal care center in New York City.

Soon after, Rodriquez lined up a 2,800-mile delivery to New York where he was united his with new buddy.

Miles and Miles of Heart

Touched by the story of a 5-year-old Illinois girl who underwent surgery for a hole in her heart, a group of Walmart truck drivers took to the road to show their support.

Truck drivers Tom Dees, Rodney Morgan and Richard Newman organized a convoy to between the Illinois cities of Mattoon and Charleston to honor Lyndsey Grubb after her recovery in a Peoria hospital. Joining the convoy and helping with gifts were police and fire vehicles, the Coles County Truck Convoy charity group and motorcyclists.

Lindsey’s reaction? A squeal and a smile when she received cards, a fuzzy throw blanket, toys and a balloon launch in her honor.

Dan Cser is the Agency Owner of ICAT Logistics Detroit.